Today was the day of our big consulate appointment – Good news- we passed! Jude is officially ours! He looked so cute in his bow tie – He got lots of attention 🙂 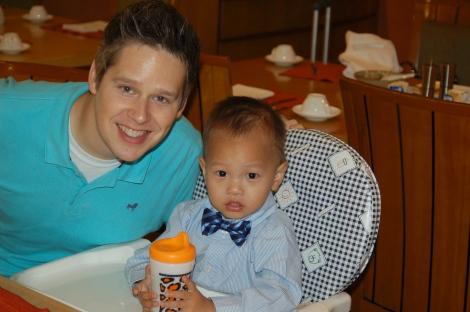 Handsome guys at the breakfast buffet 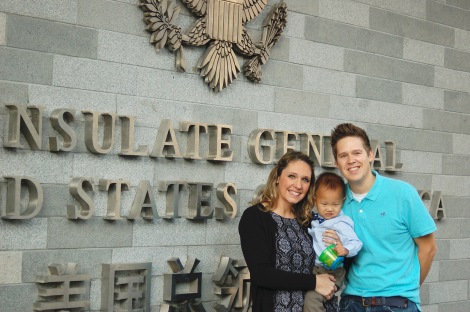 At the consulate, we lifted our right hand and promised that our paperwork was all done honestly and that we would take care of our  son. Meanwhile, he played in the little play area set up for the children. He asserted his independence as he tried to take ownership of all the play equipment! He is very confident, which is new for us. Ava and Jesse have always been apprehensive to approach new things. When I look at him, I think “small and mighty.” He has a big spirit in a tiny body!

Today is Thursday for us, which means one more full day in Guangzhou (tomorrow), and then we begin our long journey home. The last few days we have felt much more ourselves as we see the light at the end of the tunnel.

We knew we would miss our kiddos back home, but I don’t think we could’ve ever anticipated how hard it would be to be away from them for this long. We can not wait to be together again. We are so thankful that they have been in such great care while we have been gone.

Staying in Guangzhou for the last 2 weeks, we have learned several things:

People here dress so nice! We feel like bums most of the time, I constantly tell Michael, “We should’ve packed nicer clothes!”  Most everyone is super trendy!

Riding by taxi is much better than by subway- we unfortunately learned this the hard way!

It is very appropriate in this culture for strangers to approach strangers and give them parenting advice. We have been told several times that he is not dressed warm enough, gotten comments on how we should be holding him, told that we shouldn’t let him have a fork, A man working at the museum even shushed him when he was babbling (Jude was actually making happy sounds.) The man was telling us to quiet him down. Michael responded with, “Gimme a break, man.” And we were thankful that he didn’t speak English. Also, staring isn’t considered rude at all..Especially when a child is having a tantrum. We have even had strangers take our photo while he was throwing a tantrum.

It’s every man for himself here whether you are walking, driving, riding the subway, or trying to catch the elevator door before it closes.

Kids don’t sit in car-seats (they sit on your lap,) and most of the vehicles we were in didn’t have seat belts. Jude’s in for a rude awakening when he has to sit in a car-seat.

He loves his bathtime

He still prefers mama to take care of him, but is warming up so much to dada. He loves to play with Michael! And yesterday he began letting Michael pick him up. He let him change his diaper. (I am especially thrilled about the shared diaper duty!)

He loves other children and is also loves people-watching

He loves escalators- like big time! If we pass one by without riding it, it is sure to induce a colossal fit of rage.

He can repeat many words that we tell him, but he has to be in the right mood. He waved to us and said “bye bye” today when scooting off on a lil scooter in the play room.  It was a great moment!

He picked up our ipod and knew how to sweep his finger across it. What??!

Here are a few more photos: 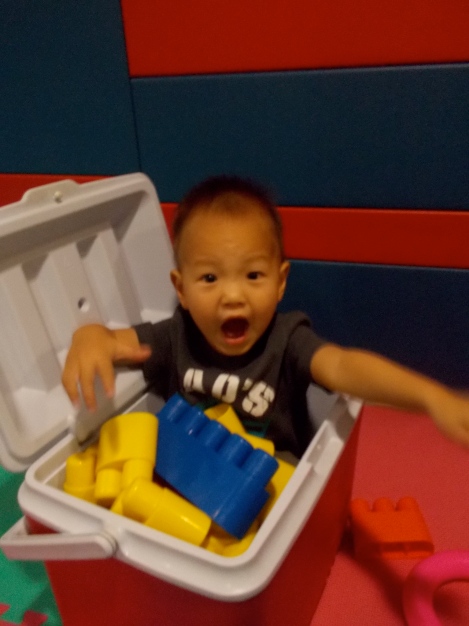 Playing in a cooler full of big legos! Getting creative to pass time! 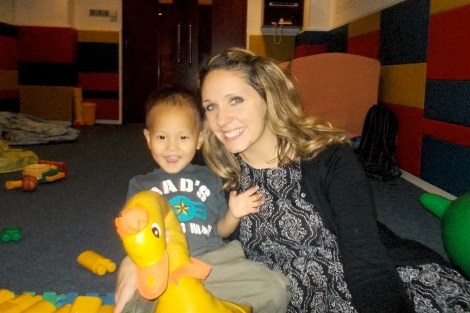 Videos-Ava and Jesse- I know you love the videos, so we have been trying to take lots of them! Click on the link to see them. I can”t seem to get them to play directly on here. Michael knows how, but is snoozing 🙂 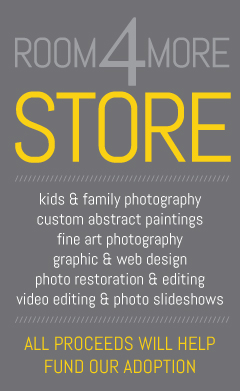